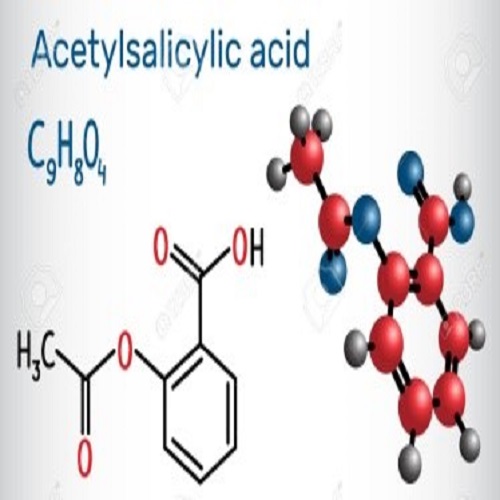 Aspirin (Acetylsalicylic acid) is one of the most common antiplatelet drugs used worldwide for the management of cardiovascular events after acute myocardial infarction, coronary artery bypass graft and in patients with chronic atrial fibrillation.

It also has anti-inflammatory and antipyretic effect at high dose. The predominanat anti-platelet effect of aspirin is mediated through irreversible inhibition of cyclooxygenase-1 (COX-1) which is responsible for the formation of thromboxane A2 (TXA2), a potent vesoconstrictor and platelet aggregator. However, the antiplatelet effect of aspirin may not be equal in all individuals. A proportion of the patients prescribed aspirin show a reduced response to aspirin and suffers recurrent thrombotic vascular events giving rise to aspirin resistance (clinical treatment failure).

The glycoprotein IIIa (GPIIIa) or the beta subunit of the GP IIb/IIIa complex is coded by the ITGB3 gene. Several studies have suggested that polymorphism of ITGB3 gene encoding GPIIIa subunit is associated with clinical treatment failure of aspirin. Out of many SNPs described in ITGB3 gene, the GPIIIa (PIA1/A2) polymorphism has been studied thoroughly. It has been reported that the presence of the PlA2 allele is associated with an increased binding affinity to fibrinogen as well as with platelet aggregability in response to epinephrine, adenosine diphosphate and collagen. Several other studies have suggested that the PlA2 allelic variant causes an altered sensitivity to aspirin and an increased sensitivity to platelet aggregation by various agonists.

Addressing Clinical Treatment Failure associated with aspirin based on genotypes of IGTB3 gene.

The analysis is based on T-ARMS-PCR that detects clinically important genetic polymorphism (PlA1/A2) of the human glycoprotein IIIa (ITGB3) gene associated with aspirin resistance.