BRCA1 and BRCA2 (Breast Cancer genes 1 and 2) are human genes that produce tumor suppressor proteins. These proteins play important role in the repair of damaged DNA before a cell divides during natural process of cell division. 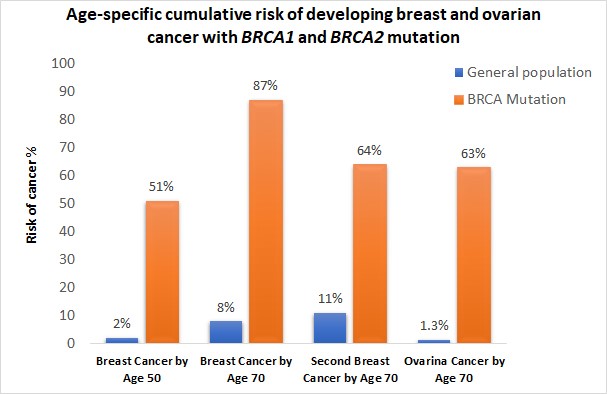 Who should consider testing?

Most experts in the field of oncology agree that mutation testing of individuals who do not have cancer should be performed only when the person’s individual or family history is suggestive of the presence of a harmful mutation in BRCA1 or BRCA2.

The United States Preventive Services Task Force (USPSTF) recommends that women with personal or family history of breast, ovarian fallopian tube or peritoneal cancer be evaluated to see if their family history is associated with increased risk of a harmful mutation in any of these genes.

Several screening tools are available to help primary health care physicians to make decisions more easily and reliably regarding when to refer patient for genetic testing of BRCA1 and BRCA2. The Six-Point Screening Tool is useful as a simple tool. It can be administered with paper and pencil at primary health care clinics in a low resource setting. Several other online screening tools such as, Referral Screening Tool (https://www.breastcancergenescreen.org/) or Tyrer-Cuzick (http://www.ems-trials.org/riskevaluator/)can also be used. However, these tools will require some level of IT facility and skills. Routine screening and genetic testing are NOT RECOMMENDED among the general population without a family history suggestive of BRCA1 or BRCA2 mutation.

The result of BRCA1 and BRCA2 genetic testing has several possible outcomes:

A positive test result may also have important implications for the family members: 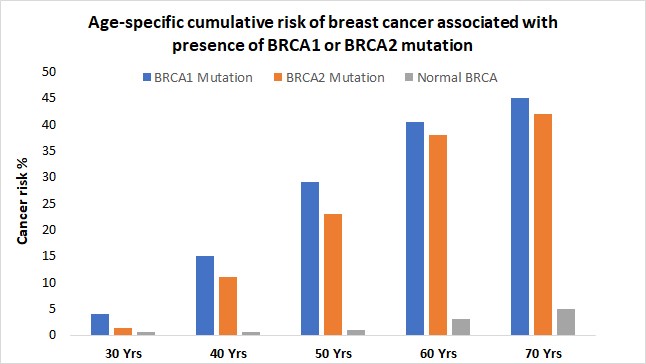 A Variant of Uncertain Significance (VUS) should not be used in clinical decision making (e.g. not clinically actionable).

Advanced BRCA testing are extended multi-gene panels recommended for follow-up after negative BRCA testing. It can either be added with BRCA1 and BRCA2 in the initial screening or opted after a BRCA 1/2 negative result. Though BRCA1 and BRCA2 are the major contributor for hereditary breast and ovarian cancer it has been reported that a large proportion of families segregating breast cancer alone are not caused by mutations in BRCA 1 or BRCA2. 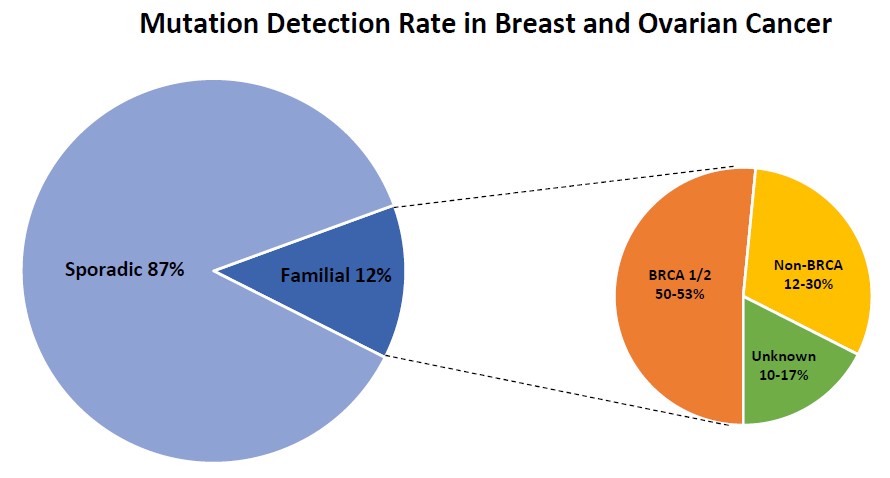 Individuals with a family history of breast cancer in closely related family members represent about 12.5% of all breast cancer cases. Within this group germline mutations in BRCA1 and BRCA2 confer an average 50% of the risk for breast cancer. However, several large-scale studies have identified additional 10-17 genes that may be otherwise be missed by testing BRCA1 and BRCA2 genes only. The diagnostic yield in these non-BRCA genes appear to be between 12-30%. 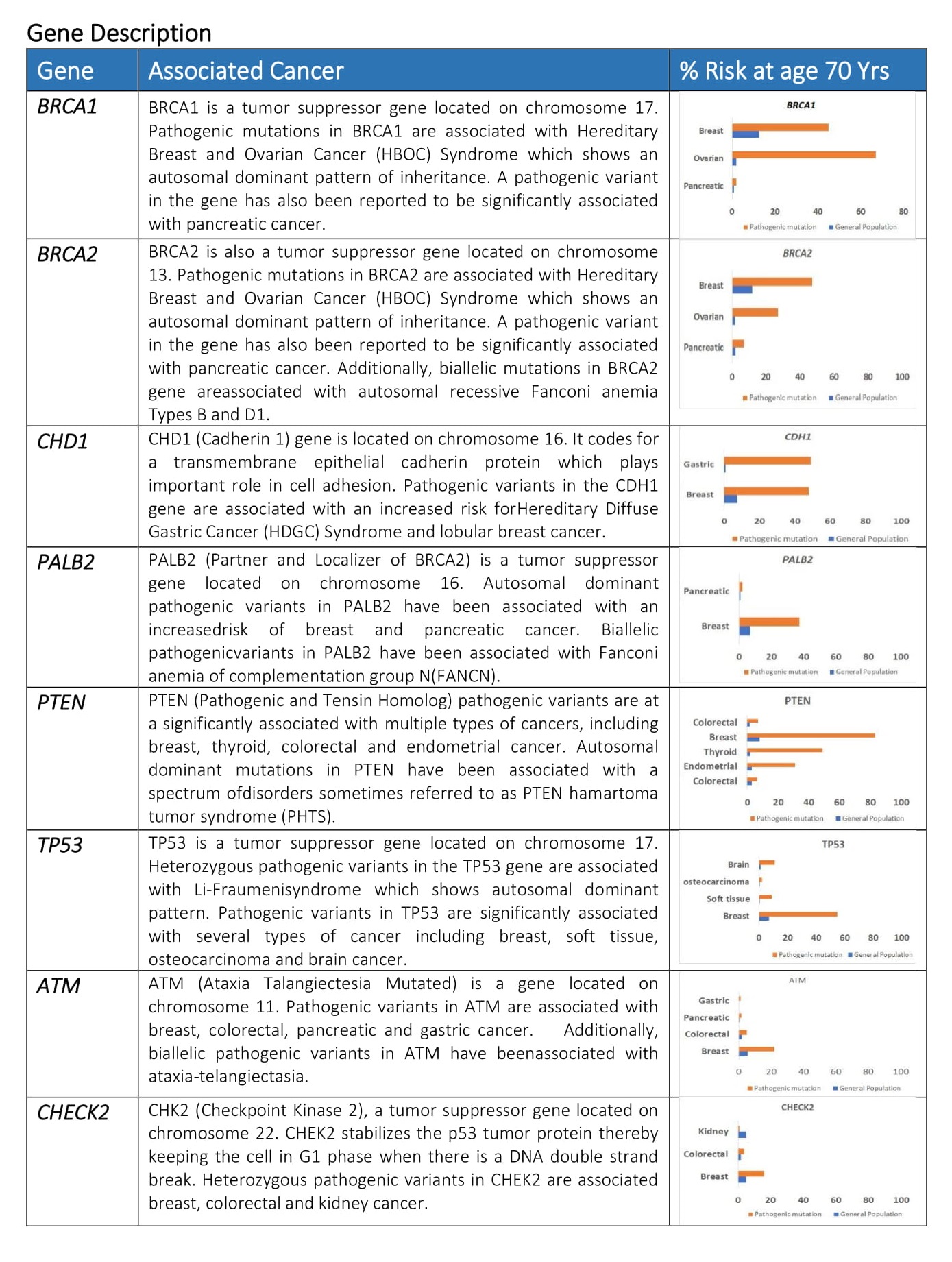 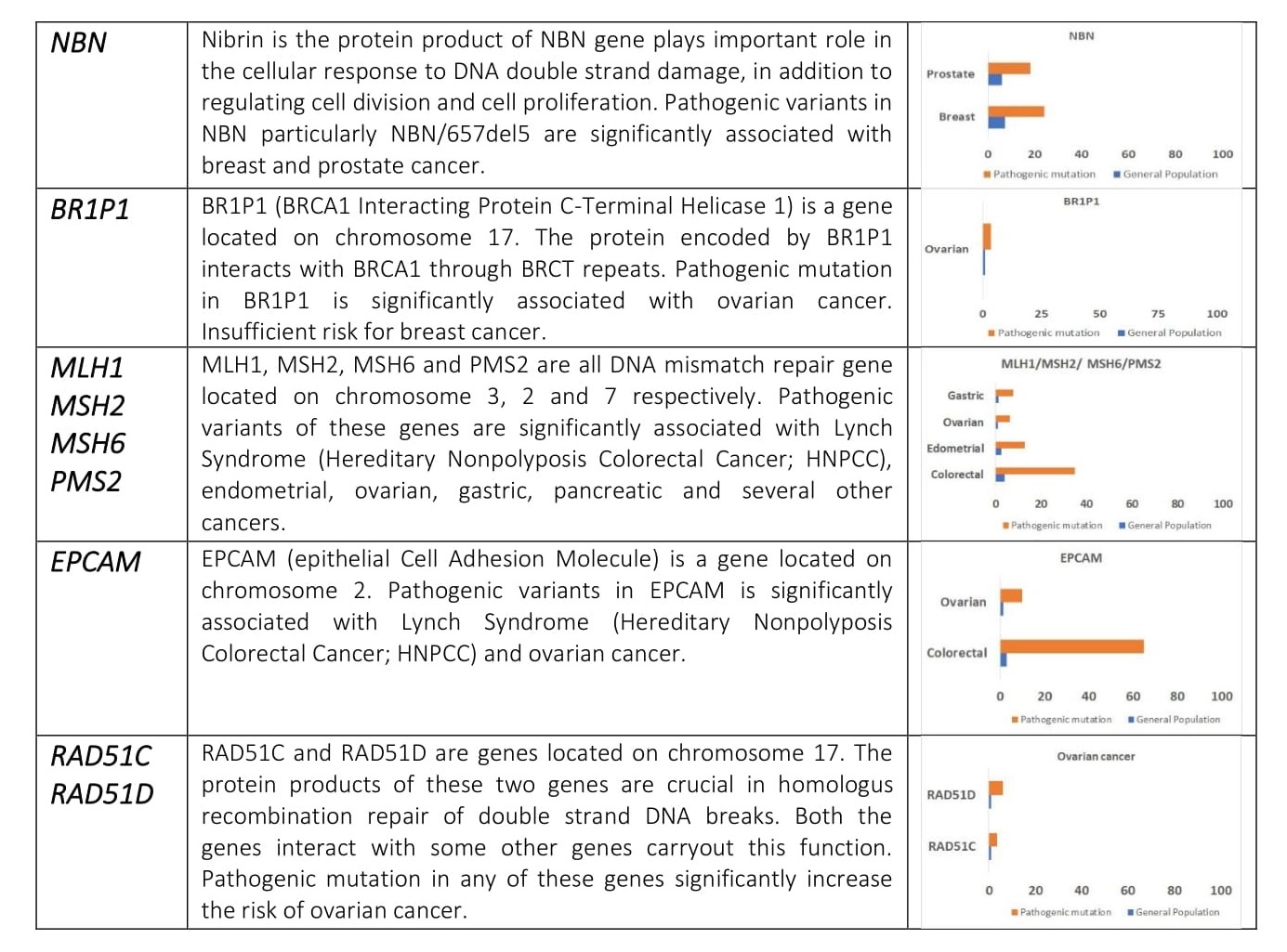 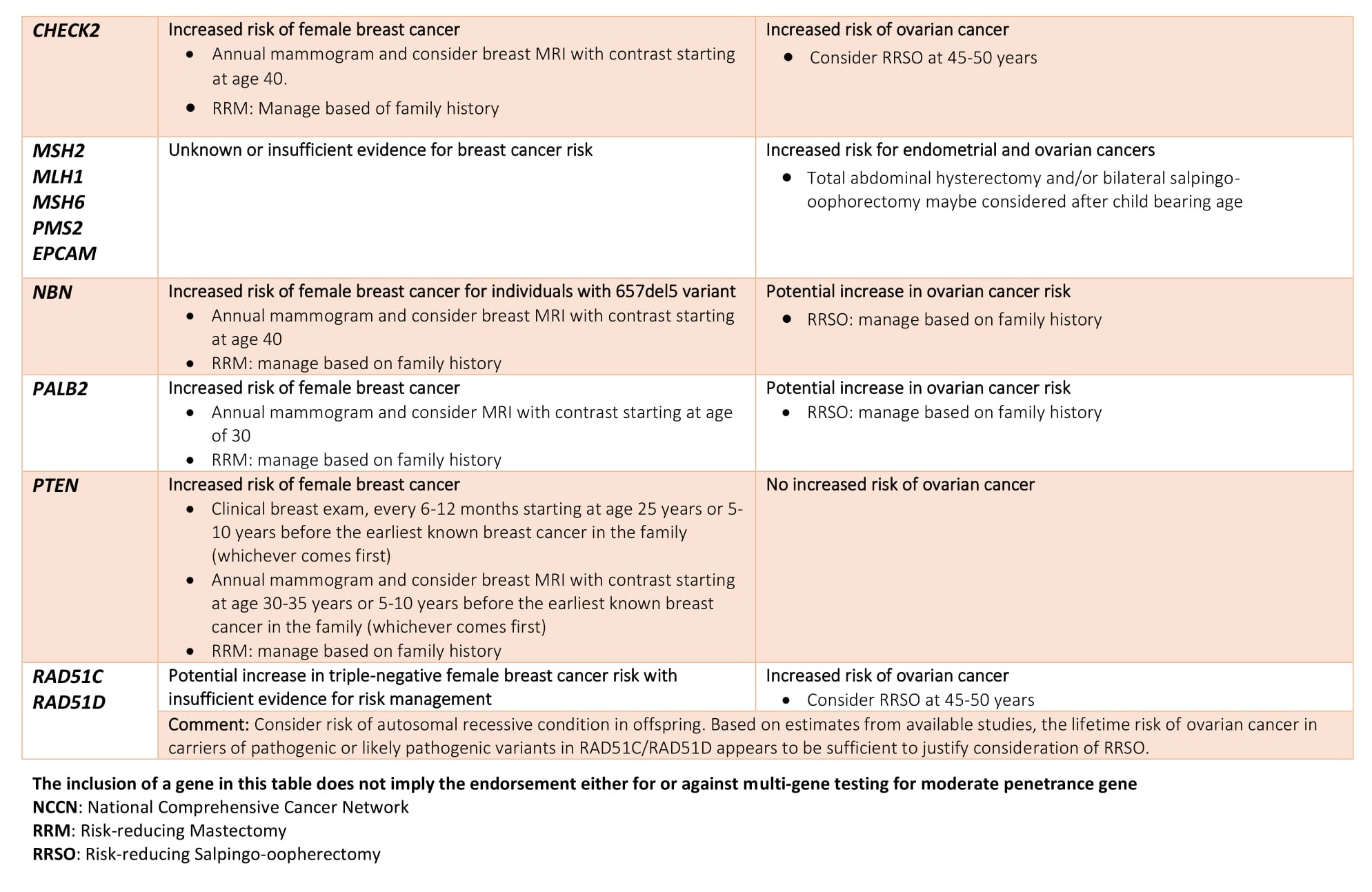