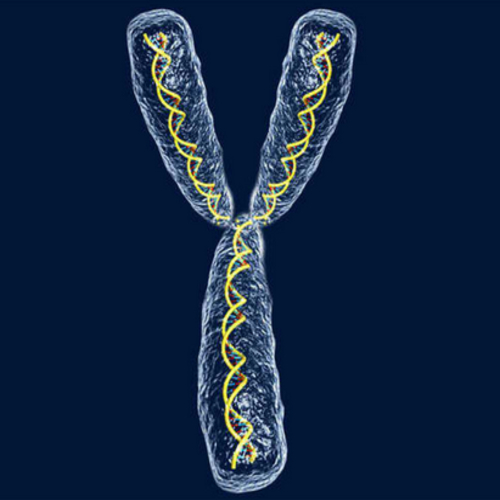 
Why the Test is Needed?
To detect sperm in men with Y chromosome microdeletions of the AZFa, AZFb and AZFc regions. And also to detect men infertility, birth rate and impaired sperm production.

Also Known As: Spermatogenic failure, Y-linked, Y chromosome-related azoospermia.
Description:
Y chromosome (long arm of the Y chromosome) micro-deletions are the most common genetic cause of impaired sperm production and male infertility. . An affected man's body may produce no sperm cells (azoospermia), a smaller than usual number of sperm cells (oligospermia), or sperm cells that are abnormally shaped or that do not move properly.
They are found in 5% to 10% of men with severe oligozoospermia and in 10% to 15% of men with azoospermia. Microdeletions have been identified in three regions of the long arm of the Y chromosome.
With the advancement in molecular biology, three non-overlapping regions named "azoospermia factors" (AZFa, b, c from proximal to distal Yq region) have been defined as spermatogenesis. It is now widely accepted that deletions within those three regions severely diminish the sperm production. The power of polymerase chain reaction (PCR) and the availability of sequence-tagged site (STS) maps made possible the detection of interstitial deletions in Yq11 region that was invisible by karyotyping.
Some men with Y chromosome infertility who have mild to moderate oligospermia may eventually father a child naturally. Assisted reproductive technologies may help other affected men; most men with Y chromosome infertility have some sperm cells in the testes that can be extracted for this purpose. The most severely affected men do not have any mature sperm cells in the testes. This form of Y chromosome infertility is called Sertoli cell-only syndrome.

Reasons for Referral:
Y-chromosome analysis should be offered to all men with nonobstructive azoospermia (absence of sperm in semen) or severe oligospermia (sperm concentration of < 5 mil/mL) before undergoing ICSI (Intracytoplasmic Sperm Injection).